During my final year as a History undergraduate at the University of the West of England, I picked a module called History in the Public Space which put students on placement with various local companies, charities and individuals working in Bristol’s heritage sector. The purpose of the module was to give students the chance to gain experience in engaging with history in the ‘real world’, but for me it turned out to be more than that.

I was put on placement with Ruth Myers, co-project director for Myers-Insole Local Learning, from October 2021 until May 2022, along with another U.W.E. History student.  During my placement I had the opportunity to partake in various projects, but I spent the majority of my time working on Meadows to Meaders. My time spent working with Ruth and Local Learning has taught me first-hand the social value of public history in terms of community development, but has also given me insight into the marvellously friendly people of Southmead and the history of the area.

I played various roles whilst working on the project, including actor, note-taker, researcher, theatre programme writer, photographer and interviewer. During my placement I was also lucky enough to partake in two episodes: Meadows to Meaders 3: Love on the Mead and Meadows to Meaders 4: Southmead Cares.  Love on the Mead was a stage play performed at the local Greenway Centre and was set primarily in the 1970s (but included flashbacks from the 40s and 50s as well) and focussed on stories of love and marriage. In this episode I played Petunia, the daughter of Rose and Edgar Meadows who began a relationship with a black American G.I. and fell pregnant. Mixed race marriage was forbidden by the U.S. Army at the time and American G.Is were considered to be property of the U.S. Army, this left Petunia in a tricky situation. Those who watched the performance will know that Billy (Iris Meader’s son) chose to marry Petunia to save her from disgrace, but what some may not know is that Petunia’s story was inspired by the real story of Steve Stacey’s mother (more can be read about Steve here: www.locallearning.org.uk/the-colour-of-football). For the stage performance, myself and fellow UWE student James wrote the programme that was handed out to the audience.

Southmead Cares was originally meant to be a stage play, but due to the Coronavirus pandemic was altered to suit radio and was recorded by the cast at BBC Radio Bristol. It aired recently during the weekend of the Queen’s Platinum Jubilee.  This episode focussed on various stories of kindness, which Ali Prince (cast member) thought reflected the importance of the NHS, particularly as the script was being put together amidst the COVID pandemic. My character, Flora, was the mother of at least 11 children who suffered a house fire on Christmas Eve, her story was based on a true story gathered for the original Meadows to Meaders performance of 2017 (original story can be found at www.locallearning.org.uk/meadowstmeaders/memories). In the final scene, all Meaders came together to give Flora and her husband Burt gifts, from frying pans to napkins, to help rebuild their lives after the fire – what more could embody the Southmead spirit?

During the recording of this episode myself and James conducted interviews with the cast to find out more about their experience with Meadows to Meaders. This was very interesting as it gave us ‘newcomers’ a better understanding of the role Meadows to Meaders plays in the lives of the cast and in the wider Southmead Community. For example, in Love on the Mead, a group of school children were originally cast from Orchard School, but, due to Covid-19, by the time rehearsals had resumed the children had left school. Although to some this may seem as a disaster, but not to Ruth!  Instead, she used her connections with the Southmead community and brought in a wonderful group of children from The Ranch. This alone made it clear to me how community projects like Meadows to Meaders are giving equal opportunities to everybody. Susan Richards (part of the Meadows to Meaders cast) described The Ranch as a “community hub” and Deanna Perry (who plays matriarch, and Petunia’s mum, Rose Meadows) explained to me that The Ranch had been built in the 1950s and that generations of Meaders have attended.  As a student born in Cornwall, moving to Bristol for university and partaking in Meadows to Meaders, I’d previously had no knowledge about Southmead or places like The Ranch, but it seems pretty clear to me that it’s almost a blessing to have recruited some of the children for Love on the Mead from The Ranch as it played a key role in Southmead history.

As well as this, the interviews gave me an insight into how Meadows to Meaders can mean different things for each person. Some cast members appreciated the experiences it gave them, some saw it as a way to teach history, and others saw it as a way of bringing the community together – it is all of these things!  In an interview with Sher Fowler (otherwise known as Iris Meader), she said “the cast feel like a family now, so it is such a relaxed environment”.  Mike Murch (Edgar Meadows) said that partaking in Meadows to Meaders gave him purpose after the passing of his wife. Jacqui Searle added that because the play was based on real stories from Meaders and then performed to the Southmead community, that some members of the audience already knew the stories told and in some instances the cast were performing stories that audience members had shared. This is such a unique situation to be in and really shows how personal histories can come full circle. The nature of Meadows to Meaders means that cast members and other participants range from children as young as six to adults up to the age of 87, and in the eight months or so I participated in Meadows to Meaders I experienced first-hand the welcoming, compassionate ‘family’ atmosphere. The cast often refer to each other by their stage names, even when out-and-about, to be truthful at first I thought this was a bit of an exaggeration but I can’t help but feel like I’ve been adopted as Petunia/Flora by the whole cast!

I am extremely glad to have had the opportunity to work with Local Learning and the Meadows to Meaders cast. Meadows to Meaders repeatedly shed light on stories that, although are massively important, may otherwise have gone undetected. It is obvious to me that partaking in Meadows to Meaders offers an amazing experience whether that’s via sharing your own stories, acting or prop-making, and I have never met a group of people so welcoming and unapologetically themselves – the embodiment of the true Southmead spirit. Even though my time at UWE is over (as is my placement), I have enjoyed my time so much that I will be returning again for the next episode of Meadows to Meaders! 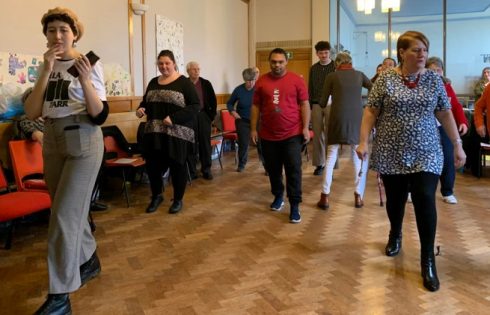 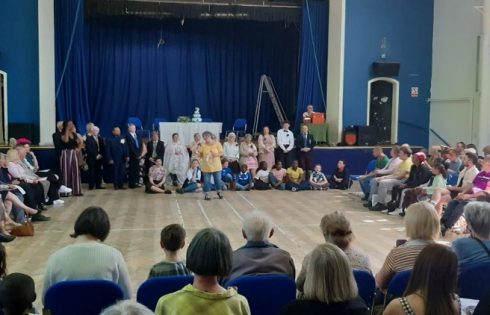 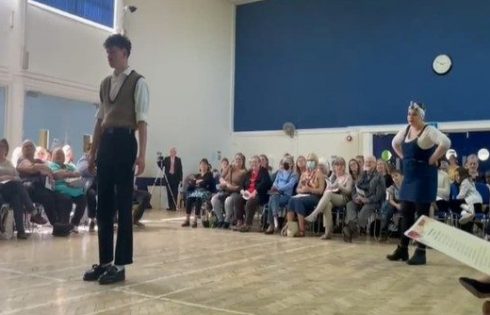 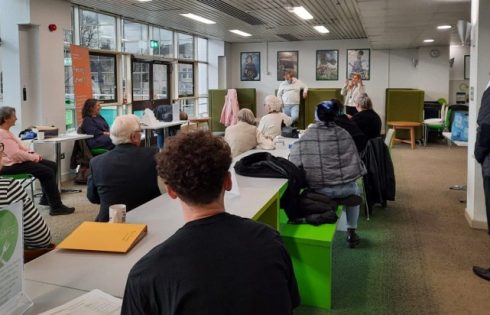